You see people like Oprah all over TV telling you that spending more time doing what you love is the most valuable thing in your life today.

You’ve heard Oprah say things like: time is a gift you can give yourself daily. Spend time in the present. With me. Right now.

It’s all a process. So why do you feel stuck in your process?

Why don’t you have any more inspiration? Why are you losing awareness of the esoteric world around you?

You keep scrolling through Cardi Bs Instagram stories, distracting yourself from realizing how long it has been since you were actually happy.

There is no amount of seafood that woman eats to take your mind off the real dark, cold world. Virtual strolls down the warm and worn corridors of her grandma’s house are only temporary.

You have gotten too used to fake smiles. You keep telling yourself that they are probably all you will ever know in terms of emotions.

You keep ignoring the large colorful signs that you’re just the pathetic, grungy, and disposable prop that nobody cares for in the first place.

You hug you pillows at night wishing with all your heart that it was a person there instead.

You have dreams, but right now you’re too tired to chase them.
That’s because they’re out of reach and there’s not a damn thing you can do to fix it.

You are constantly being told to swallow your feelings like an entire blue Halls cough drop, and move along with your day.

Man up! And gulp.
But they only what you’re doing. Now why you’re doing it. It’s not that you’ve never experienced happiness.

You just can’t remember what it feels like. Real joy—and contentment. All you can feel, right now, is vast emptiness.

You do all the right things:
Clean up the house
Shower.
Exercise.
Eat healthy.
None of it matters. Maybe you’re dead inside?

You keep going through the motions of living, making people think you’re doing a lot better. The reality (maybe) is that you’re dead inside.

You’ve even done the responsible thing by accepting your fate. That’s what you and many other people have chosen to do.

Accept the fate that you are being controlled by forces outside of your control? Evil? Darkness? Satan? In addition, society, money, and politics have the final say over your life and longevity, too? (Olver, 2013)

Well, it may be time to consider a new paradigm, so that you may be able to finally get the time you feel so desperate to keep.

You do not possess the skills to handle your emotions right now because spirituality is such a taboo topic.

Not if you are Christian and straight, but like if your beliefs also go against the status quo.

People will argue you down! On twitter, they won’t stop. You won’t likely accept you internet fate, so you should find a framework to work with.

You can do this by focusing on the unknown parts of you. The esoteric energy system.

Its controversial, but what do you have to lose if you feel dead inside already?

You have the ability to negatively affect the world, why don’t you explore the ways in which you can make a positive impact.

There have been several legitimate scientists who have broken down the need for further discussion into the aspects of humanity that make us all unique.
There is a lot of research about the physical sciences and in recent years, a reintroduction into the esoteric or occult sciences.

There is a simple fact about the topic today. There are entire cultures around the world that believe in the practices I am going to describe today.

Legitimacy in the eye of the beholder. The gag is you have to believe anyway.

A group of scientists, John A. Astin, PhD; Elaine Harkncss, BSc; and Edzard Ernst, MD, PhD looked at several data regarding the efficacy of a topic call spiritual and distant healing with nearly 3,000 participants.

They looked at different forms of spiritual healing including prayer and other forms of non-touch therapies.

“Spiritual healing is a broad classification of approaches involving ‘The intentional influence of one or more persons upon another living system without utilizing known physical means of intervention”.

They go on to say that,

“Although it does not necessarily imply any particular belief in or referral to a deity or higher power, distant (or distance) healing encompasses spiritual healing, prayer, and their various derivatives and has been defined as ‘a conscious, dedicated act of mentation attempting to benefit another person's physical or emotional well-being at a distance’”

“Distant healing includes strategies that purport to heal through some exchange or channeling of supra-physical energy”.

When is Spiritual Healing Used?

Its used in the following activities: Therapeutic Touch, Reiki healing, and external qigong.

You do not need to be near somebody to feel the effects of spiritual healing or even prayer.

Do you believe in prayer? These scientists say,

“Prayer, whether directed toward health-related matters or other areas of life, includes several variants: intercessory prayer (asking God, the universe, or some higher power to intervene on behalf of an individual or patient); supplication, in which one asks for a particular outcome; and nondirected prayer, in which one does not request any specific outcome (for example, "Thy will be done ...") (Astin, Harkness, & Erast, 2005)”.

What is Spiritual Healing Used For?

In these studies, the scientists discovered that spiritual healing was used in clinical settings for various ailments:

Why is Spiritual Healing Important?

Out of the all of the studies, scientists observed positive treatment effects.

They made sure the studies they pulled, all went by the same criteria, and that there was enough fairness in the data. Like, was there a comparison to placebo?

In some of the studies, healing was accelerated for unknown reasons—other than because people wanted it to happen.

That’s how you know something works, you have evidence of it.
But in many cases, the positive and negative effects were equal.

Scientists in the European Journal of Integrative Medicine wrote up another study regarding the effect of spiritual healing on an illness they can’t treat: Irritable Bowel Syndrome.

Many people had a decreased quality of life already as a result of having to run to the bathroom with painful diarrhea all the time. I would imagine some spiritual healing wouldn’t hurt.

That’s because there is no one size fits all, treatment. You just kind of have to deal with pain and other symptoms.

Scientists said that they based their researchon a few assumptions,” Humans are permeated by subtle energy fields; imbalances in an individual’s energy field may occur, which can be detrimental for health (Lee et al., 2017)”.

Spiritual healing has been practiced by humans for thousands of years. There is evidence that consciously touching someone with your hands may work.

“There is evidence of healing therapy stimulating growth of human osteoblastic cells and inducing differentiation and mineralization; and being beneficial in pain relief, osteoarthritis of the knee, burn patients, and fibromyalgia (Lee et al., 2017)”.

Spiritual Healing: Does it work?

It is not quite time to jump for joy. There were plenty of other illness that did not get better with prayers and spiritual healing.

The results were variable at best across, the board, but in the study with people with IBS, something interesting happened.

People who agreed to be a part of the study obeyed their doctors orders and agreed to speak with a specific kind of spiritual healer at day 0, weeks 6, 12, and 24.

The scientists wanted to see if they improved in areas like body image, relationships, dysphoria, social reaction, and food avoidance.

They concluded that the group that added the spiritual healing had a better quality of life overall.

They also said that they were able to maintain things like exercise and increased social interactions for up to 24 weeks (Lee et al., 2017).

Scientists also suggested that it may not have been the healing itself that improved that patient’s lives, but it improved their perception of their ailments (Lee et al., 2017).

I would image patients stopped feeling so trapped because they believed in something bigger inside of themselves that could bear the pain.

Just like with emotional distress, its hard to conceptualize a part of you that is not hurting or could take on more pain.

You default to thoughts like, “I’m just dead inside” because its easier to ignore the reality of pain.

You have the ability to active the higher executive functions of your mind.

These functions are beginning to be the topic of more scientists every day. You may want to pay attention.

Dr. Carl Calleman who studied the Mayans and their calendar has said multiple time that ancient civilizations have left behind evidence that energy is what is ruling our environment and ultimately, us.

He says that that Mayans believed that earthquake were due to increases in frequency. Earth cycles were affected by energy.

Calleman says that today our relationship with the entire universe has changed. We have reclassified external world events.

We have given external things new meaning, but our behavior has not changed as a species.

We are slowly moving toward a unity consciousness. It is a good idea to start recognizing this. It may bring you comfort.

Our direction is shifting. We are not going to repeat the past.

Therefore, you must let all the pain and hurt go. Let you inhibitions go. You are a free spirit. Let go!

Internally, you are moving toward unity consciousness, we must recognize the 9 waves.

There are different frequencies that ultimately create coherence inside of use.

Mayans represented these as waves in their stories and structures.
That’s why their clocks stopped.
Photo by Josiah Farrow / Unsplash
They were telling a story of how the 9 waves will end and a new cycle begins with more signals added to the previous to create coherence.

Stronger signal will affect us, but divine plan allows us to adapt, peak by peak.

Begin striving for a civilization that is more socially distant because its more sustainable.

“Cities are the representation of our ability to destruct Earth for our pleasure”. 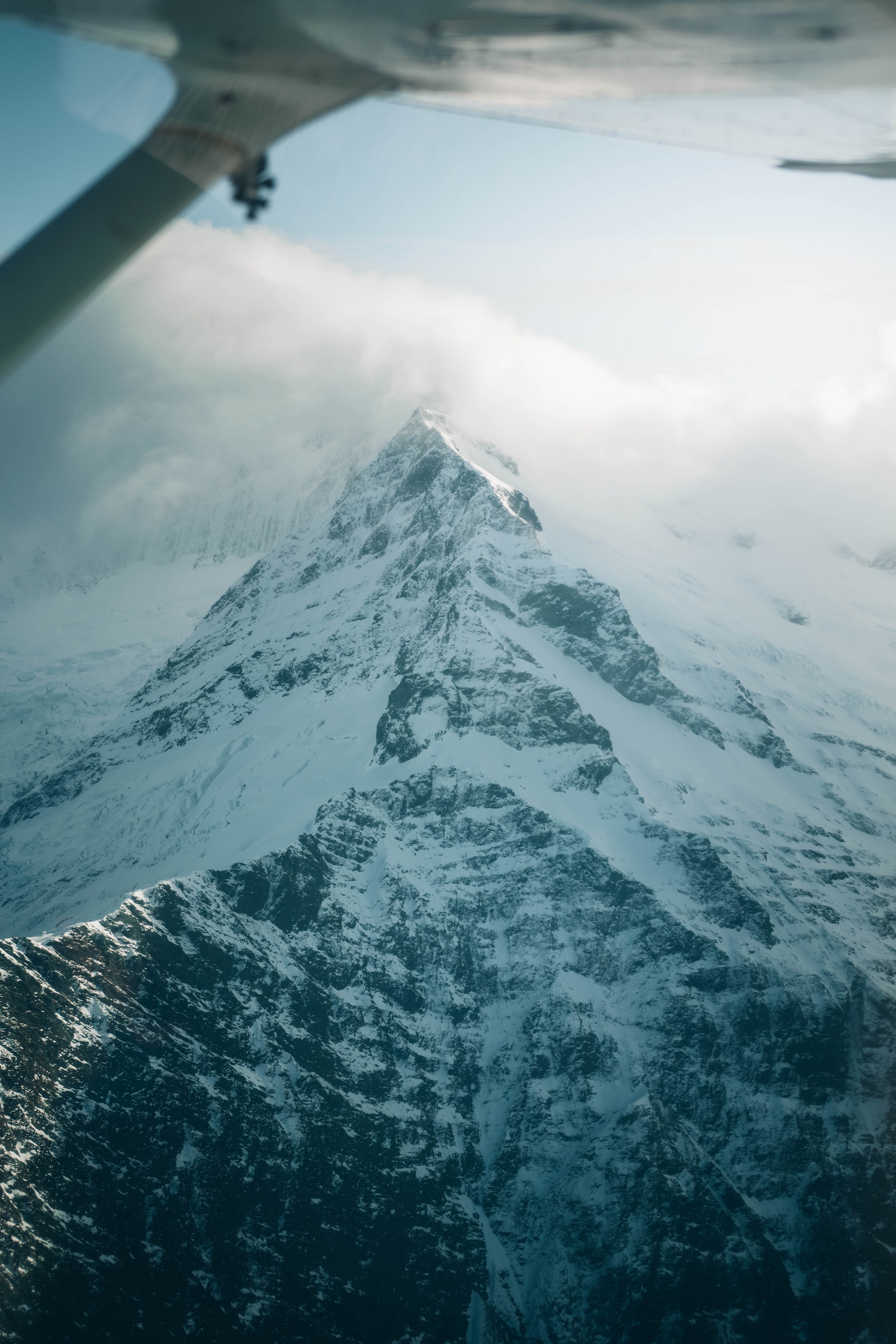 Photo by Frankie Lopez / Unsplash
That consciousness is shifting. We are moving to energy that can unite all people.

We are going to exchange domination for balance. Man for nature.

Cities for sustainable resources. You will be more focused on balance and wholeness. 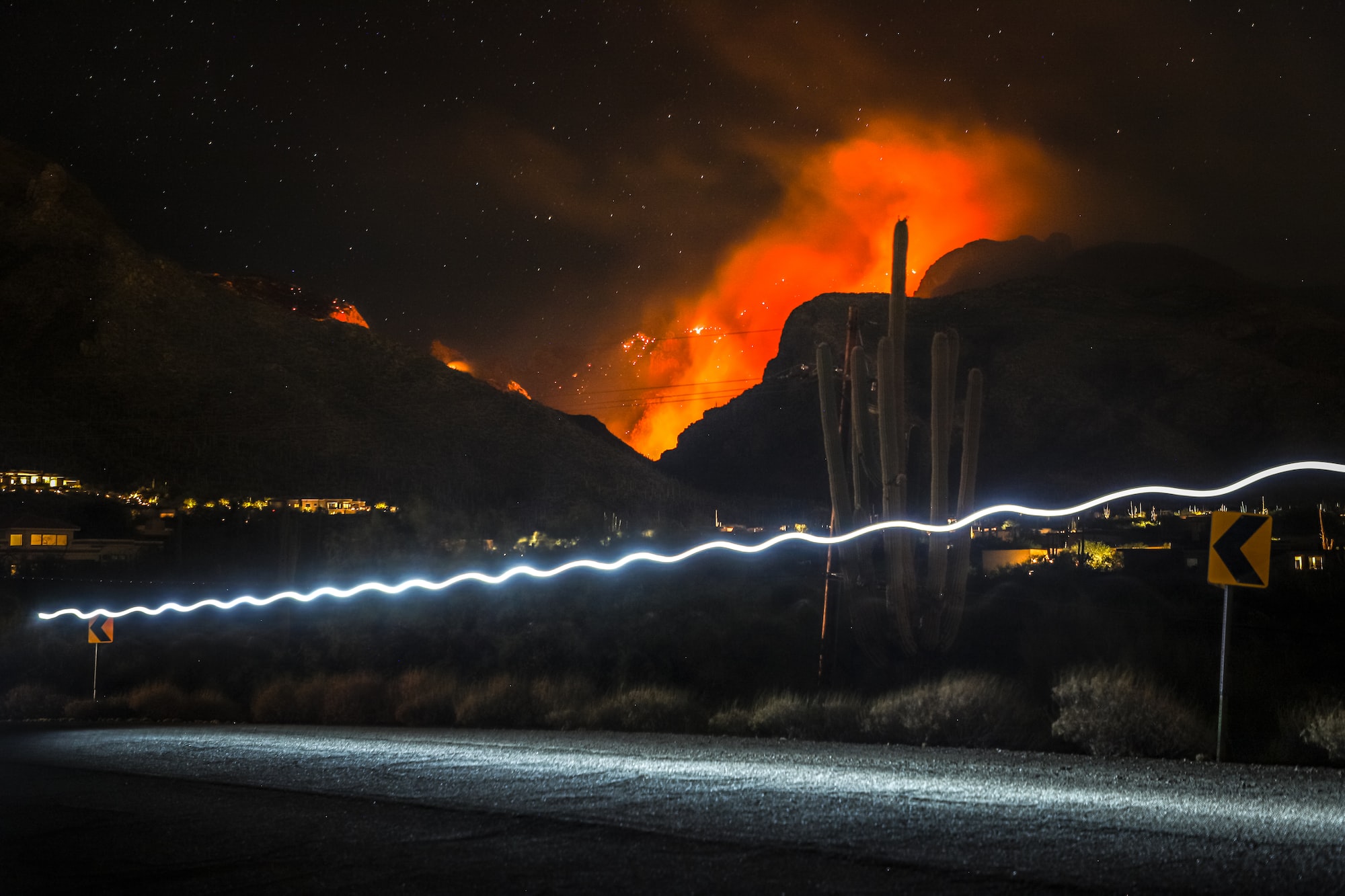 This is Why Raw Honey Prevents Cancer
Paid Members Public

Just like our exploration of the human soul, this information is older than any religion on earth. The same people who taught us how to use the earth as medicine, can teach us how to appreciate our bodies.

You want the cycles of debilitating anxiety to end.

Do This If You Are Scared Of 5D Ascension

This Is How History Shapes Identity, Cultures, And the Future

The Friends And Family You Have Are All You’ve Got